Cindy’s CHOICE has evolved through several stages of growth and Cindy’s achievements at each level have baffled the business community as she receives much feedback encouraging her efforts, but also asking her how she is able to accomplish what she does when so many, who had a lot better foundations to build on, do not succeed. The short answer that she may give you is that she is being purposeful with her platform, instead of trying to be popular like what is so prevalent in society these days with so many trying to take short cuts to an empty success. Cindy has connected through service in the community and cultivates real relationships with her thumb on the pulse of humanity instead of just making cold connections on the internet and blindly following gimmicks and trends. She will tell you that she is not after followers, Cindy is only interested in participants that want to move forward with her in collaboration to get real results in helping people that really need it. She is forming an Army of Angels equipped for a major mission and brave enough to stay the course. She is creating troops made up of dedicated business owners because she fully understands the burdens they carry, the challenges they face and why they make up such a small percentage of the population. As Cindy sees it, who but these capable leaders can we call on to step up and team up to achieve solid results for the sake of our society? 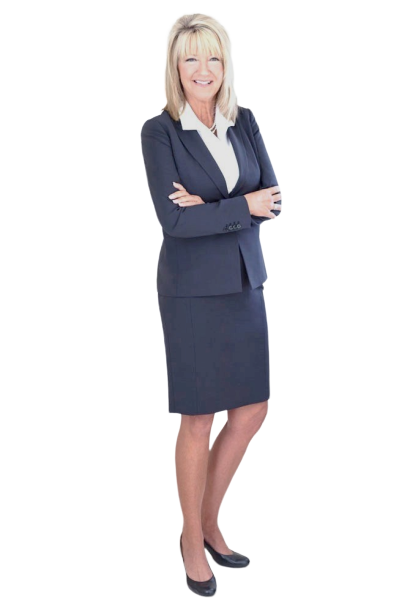 wa-As 2021 comes to a close, Cindy is finally stepping into a level of growth that will allow Cindy’s CHOICE to be the concept it was always intended to be with the model bootstrapped from homelessness on the streets in the Chattanooga area and positioned to quickly be duplicated in metro-areas across the nation. Cindy’s simple plan will address many key issues that stifle success and confine so many to limited means believing they do not have options. Cindy’s CHOICE encompasses so many avenues of support and services that are all relevant to her own challenges that she has had to painstakingly overcome. Support for those that are homeless is a core priority, but Cindy is very passionate about helping with Sex Traffic awareness and rescue as her sociopath mother hated her and abused her terribly including actually heartlessly handed her off to pedophiles for profit. Cindy knows that vulnerable abused women especially those that are homeless are targeted by vile commercial traffickers as Cindy witnessed the smooth-talking predators in action when she was surviving alone on the streets. Cindy’s concept is also geared for major support to help small businesses grow and develop new ones to help mend our severely crippled economy, Statistic have never been good for small business success, and it is just getting harder and harder for the little guy to make it – which contributes to homelessness. Cindy’s CHOICE encompasses these issues and so much more.

Cindy’s ultimate goal is to help as many folks as possible to become self- sufficient, but with a solid support system; that calls for accountability but provides protection from the predators and pitfalls that are inevitable.

Cindy found that almost every organization that she has worked with that helps those that are homeless, will say that the lack of affordable housing is the main issue. Lack of affordable housing is most definitely a massive problem, but from Cindy’s lifetime of hardship experiencing many bouts of homelessness since early childhood and actually surviving on the inner-city streets alone for an extensive time, she has recognized some root issues and cracks in some systems that her innovative Cindy’s CHOICE concept eliminates to allow more lasting results for a rescue.

Despite suffering such horrific abuse as a child, Cindy’s courage, confidence, tenacity, and pride hid her major emotional damage well enough in a work environment. She was an unstoppable force in the work place. Her work ethic was impeccable and she would excel to the top at a job quickly. She held high level management positions when she was very young and her ambition and independent spirit kept her constantly out to achieve more. Yet, Cindy’s successes were always temporary. It took her a very long time to recognize that she was not quitting because of boredom or a flighty irresponsibility, but she was escaping the corrupt culture that thrives in so many businesses. She stayed confused feeling like she was the odd one because she was not willing to compromise her integrity and play the mind games of manipulation required to keep her job. The high standards that had allowed her to perform so well, would suddenly be seen as a problem because she expected those standards from the upper-level managers and owners as well and she felt like a hypocrite to have to pretend like certain short-cuts and shifty practices did not matter. This issue is what finally led Cindy to become a bit of a serial entrepreneur, and the challenges of finding integrity centric employees or partners caused the same issue. Cindy constantly felt out-numbered and she was always being accused of holding her standards too high. What Cindy did not realize and so many like her do not understand, is how to identify a healthy network – because they never had that example to even know that people of integrity exist and support each other and have each other’s back. Cindy just kept running from what she knew that she could not tolerate any longer, but not knowing what different to run toward kept her in a constant cycle of defeat that was spiraling down deeper and deeper to a dark pit of despair.

Ultimately, what was going on was that Cindy had integrity and desired to expand it, but those in her environment did not have it and had no desire to acquire it. They preferred her to lower her standards than for them to do the hard work of strengthening their own character, which Cindy was constantly doing for herself. And this is where the crab bucket story is always a great analogy…a bucket full of crabs and one brave little crab is striving so hard trying to climb out of that bucket and all the other crabs just keep pulling it back in time and time again. A some point you become depleted, It is almost impossible to get around the “toxic takers” without substantial help,

Cindy understands why just getting a job and an affordable place to live is not the answer, Statistics for homelessness would not be climbing so much if it was. Someone trying to start fresh after incarceration in prison is often an easy target for a corrupt supervisor on a job plus so many more scenarios that keep vulnerable people oppressed by those that feed their own selfish ego by trying to feel powerful at the expense of someone that does not have many options. Determination is not enough. It is a tremendously exhausting battle and that is why most do not make it out and just accept barely having an existence surviving on the streets, because it is just too exhausting to keep trying when the system works against you making your efforts futile. It took Cindy decades of trying to make it without anyone trustworthy to depend on in a pinch and she eventually had to face very real danger and tough circumstances for an extensive amount of time to finally shake free of those that kept pulling her back and becoming more dangerous than any adversary. This will seem a bit dramatic to some, but those who live it know the cruelties and injustices that many could never fathom.

Cindy is a visionary with amazing creativity, but she will tell you that knowing her purpose and her complete dedication to Christ is the only way that she could endure such hardship alone. This experience has equipped her to have such a keen understanding of why most don’t make it and how best to help others succeed. Cindy has devised a complete system so people can have confidence in committing and sticking out the process because they have hope and a vision with a very practical plan. And they have the protection that Cindy never had accept finally through Christ.

Read Cindy’s story, listen to her media broadcast and follow her on social media. She welcomes you to get to know her and better understand her mission to make an impact in our community and across the country.

Keep Up With Cindy!